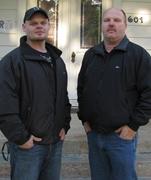 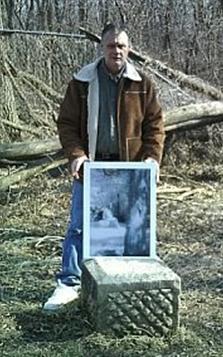 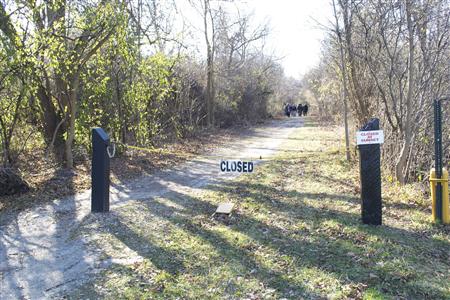 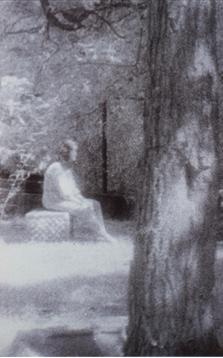 The cemetery is located at 143rd St just east of Ridgeland in Midlothian, Illinois.  If you were to venture here for the first time, you would head to the Rubio Woods and park your vehicle in the lot as it is directly across the street from the trail to the cemetery.  As you cross the street you will see 2 communication towers on the south side of the street and a roped off entrance leading to the path to the cemetery.  Follow this path for a few hundred feet and you will see the cemetery begin to appear.  Keep in mind, this cemetery is part of the forest preserve and closes at dawn.  This area is heavily patrolled by police and you will be arrested for trespassing if you are caught in the cemetery at night.

This location is possibly the most haunted area in the Midwest and possibly the nation.  There have been numerous reports of apparitions, mysterious lights, phantom animals and even a disappearing house.  The pond located inside the cemetery grounds is also said to be haunted by a farmer and horse.  Supposedly his carriage is seen plowing the area at times.  There have been reports of a black and tan rottweiler protecting the trail to the cemetery.  The dog never seems to bark, it just watches the movements of the curious minds poking around the grounds.  Shortly after entering the cemetery and looking back in the area where the dog was seen, the witnesses claim it had disappeared without a trace.  Could this be one of the phantom dogs who are said to be guarding a sacred gate? Jim Graczyk seems to think so, as he was one of the curious minds to share his story.

One of the best pieces of spirit photography was shot at Bachelor's Grove by Jude Huff-Felz back in August of 1991.  Jude was on a daytime investigation of the cemetery with the Ghost Research Society.  The team members were all handed a map of the grounds and had access to what was considered state of the art equipment at the time.  That equipment consisted of EMF readers, ion detectors, cameras, tape recorders and camcorders.  The team members were asked to note any change in electronic, electromagnetic or changes in ions as well as any personal experiences they would encounter.  There were specific areas of the cemetery that garnered changes noted by the investigators, so they returned to the areas and begin further experimentation, including taking photos in the areas.  Nothing was seen with the naked eye during this investigation, but when the film was developed, there appeared to be an apparition of a woman sitting on a checkered tombstone in the cemetery in one of the photos.  This woman was wearing a dated dress, so that eliminated the thought of it being one of the team members taking a rest during the investigation.  Upon closer inspection, this woman appeared to be transparent in the areas of her head and lower legs.  This photo has appeared in many books, magazines and TV shows over the years. It is definitely one of the best ghost photos we have seen.

While active members of the Ghost Research Society, we have heard this story from members who were present the day this event took place. The photo was not doctored in any way and appears to remain the best piece of photographic evidence of a haunting to come from Bachelor's Grove.